Forex and CFD trading explained – tips and advice for beginners

The forex market is the largest and most liquid market in the world. Every day, currencies worth 5,3 trillion of dollars are traded there. The forex market is a place where all the banks, businesses, governments, investors, and traders meet in order to trade currencies. Approximately 15% of the trading volume is performed by corporations and governments that buy and sell goods and services abroad, and 85% of the trades constitute of investments made with the aim of profiting on currency movements. The foreign exchange market transactions can take place anywhere in the world, but the biggest trading volumes come from: London, Tokyo, Zurich, Frankfurt, Hong Kong, Singapore, Paris and Sydney. It should be noted that there is no central forex market. The FX market is open 24 hours a day, 5 days a week.

What do we trade?

When we trade forex, we trade currencies. We can either buy them or sell them. The main currencies with the highest trading volume are US dollar, Euro, British pound, Swiss franc and Japanese yen. All forex currencies are traded in pairs (base + quote currency). When you trade them you basically predict which currency will do better in the future. In almost 90% of all FX trades, the USD is involved. When it comes to currency pairs, the most traded one is EUR/USD.

Let’s say that you decide to trade the most common currency pair – EUR/USD. You for some reason believe that euro will do better in the future than the dollar. Therefore, you decide to buy euros worth 1 000 USD and you hope/pray that the value of euro will go up and that you will make a profit from the reverse sale. This particular trade type is called “long position”. Conversely, if a trader wants to make money on a downturn of the euro he has to create a “short position”.

Base and quote currency

EUR/USD – left currency (euro) is referred to as the base currency. While the right one (dollar) in this example represents the “quote currency”. Currency pairs are quoted with one price. So for the pair EUR/USD it can be for example 1.3261, which means that to get 1 euro we need $ 1.3261. In other words, this price defines us how many units of the minor (quote) currency are needed to buy the base currency.

The difference between the bid and the ask price is generally known as the spread. Usually, the spread is the main source of money for your broker. When one trader goes to a long position when the ask price is 1,1354 and another one goes to a short position when the bid price is 1,1352, the broker makes money from the difference between these two trades – spread (2pips). The more frequently the currency pair is traded, the lower the spread is which is a reason why the EUR/USD spread is usually only about 2 pips.

Leverage is a very difficult, yet crucial tool that every forex trader should master. It can help you drive your profits to the heavens if you correctly predict the future direction of a currency. But at the same time, it can also destroy your beloved capital rather swiftly (if you predict the direction incorrectly). Forex traders can usually use up to 1:30 leverage. However, lower or no leverage can be also used. To understand how leverage works, please follow the next example: Let’s say that you trade the EUR/USD currency pair and you predict that euro will decline (short position). For this position, you use a margin worth of 1 000 Eur and leverage 1:30. This will allow you to trade with funds worth 30 000 Eur. Since the EUR/USD currency pair is quoted to four places after the decimal, each “pip” is 0.01% of the “whole price”. Based on the invested amount after leverage (30 000 Eur), each pip is worth 3 dollars. If your margin investment was 100 000 Eur and you used the same leverage, each pip would be worth nearly 10 dollars.

Things you need to know before you start trading FX

What is a Pip?

A Pip is the smallest movement (increase/decrease) in the exchange rate of a currency pair. For example, when the EUR/USD currency pair goes from 1,3634 to 1,3635, it is a movement of one pip. From every pip going in your direction, you make money.

What is a LOT?

When to trade forex and CFDs – market hours

Generally, the forex market is open 5 days a week 24 hours a day. The market can be divided into four major trading sessions: the London session (has the biggest trading volume), the Sydney session, the Tokyo session, and the New York session. Let’s look at what are the open and close times for the biggest sessions in the world.

Be aware that the open and close times can vary during the months of October and April because some countries shift to/from daylight savings time (DST). The table above features summertime opening hours. So when October comes, you need to adjust the times in this table. Open and close times are very important and to know them is almost crucial if you want to trade profitably. It is best to make trades when the market has the biggest trading volume. This happens when more than one market is open and the busiest times are when overlaps occur. 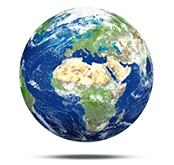 How much can I earn by trading forex?

This question cannot be truthfully answered. It is because the real outcomes cannot be predicted with 100% certainty. From an investment of $100, you might earn an additional 200 USD, but you could also lose the whole investment or even more if you do not set up a stop-loss. The decision to end the trade is completely up to the trader and there is no way to exactly predict his behaviour, his moves and therefore his earnings. The trader can be in a position for example for a day, or two weeks or for just 10 minutes.

How can I adjust the risk of my trades?

This can be done using risk management tools. You can set an automatic closing of your trades when the currency reaches certain price (in profit = take profit, or in loss = stop loss) or you can actively monitor the trade and close it manually. Both stop loss and take profit are very important tools you should learn to use. The stop-loss makes sure that you do not lose all of your money when the market reverses and turns against you. The take profit is just the opposite, sometimes it is better to close a trade when you are up than lose the money you earned.

The difference between CFDs and forex

The difference between forex and CFDs is very often misunderstood even though it is very plain. As a CFD trader, you can trade CFDs on shares, commodities, indices, options, ETFs and also forex. When you trade CFDs on forex, you do not own the currencies you trade, you own just a contract on your trades. On the other, when you trade forex without using CFDs, you trade them “directly” and you are the owner of the currencies you trade. This being said, the difference between forex and CFDs on forex is very subtle as most traders who use one or the other want to speculate on currency movements anyway.

Where to trade forex and CFDs

Forex, as well as CFDs, can be both traded from a computer or a mobile device. The appropriate software or web-based platform will be provided to you by the broker of your choice. Most FX and CFD brokers feature a free demo account, so it is possible to test their platform without risking any money. We feature on our website 5 popular FX and CFD brokers that we personally recommend. Each of them is regulated either by the CySEC (a regulatory body based in Cyprus) or by the FCA (a regulatory body based in the UK). The minimum deposit required to start real trading varies from a broker to broker, having said this, the typical standard for the FX and CFD industry is an investment between $10 and $250.

Forex/CFD education
Forex/CFD brokers
Ad The table below contains links to 3rd party websites of our top partners from whom we receive compensation at no additional cost to you.