EURUSD is very popular with day traders for obvious reasons. It is the most traded currency pair accounting for 28% of the total transactions in the forex markets. The pair is traded in large volumes and offers plenty of trading setups. It is also very liquid and has the lowest bid/ask spreads compared to other currency pairs. EURUSD offers smooth price action, thanks to its high volatility. You’ll rarely see erratic price movements or huge gaps on a EURUSD chart. As a result of stable market conditions, day traders are able to predict price movements without much difficulty. 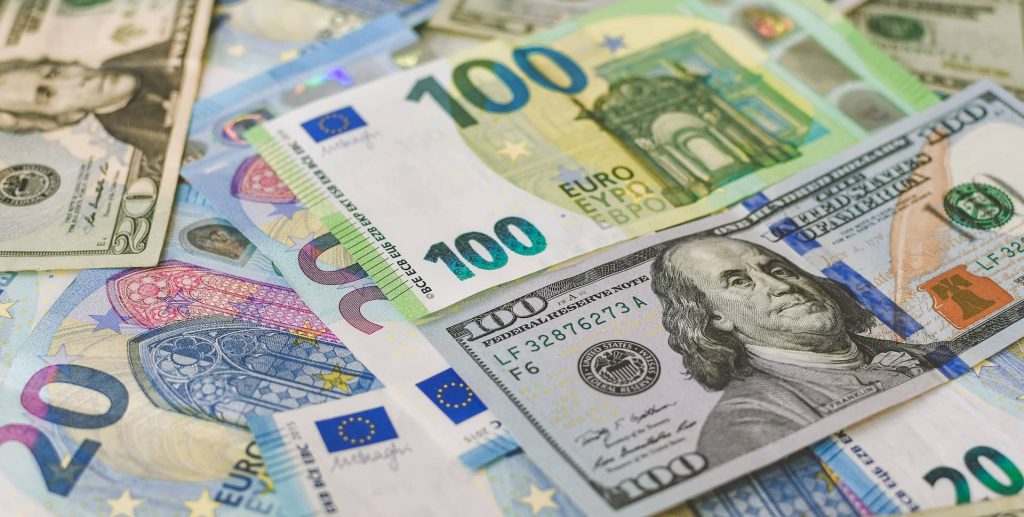 The pair has an average daily pip movement of 120 pips and an average hourly pip movement of 20 pips. Many technical analysis tools and indicators are available on the internet today. The stable markets exhibited by EURUSD allow day traders to use a wide range of these tools. Its smooth price action also makes it easier for day traders to create a trading system of their choice.

The pair works well with trading setups such as trend, breakout, and reversal setups. It also works well with chart patterns. Day traders have found it helpful to incorporate fundamental analysis into their trading. Economic reports released by the ECB and the Fed are readily available on the Forex Factory website. EURUSD is volatile during the London and the New York Sessions. These are the two largest trading sessions on the forex markets.

USDJPY accounts for 13% of the total transaction volume on the forex markets. It is the second most traded currency pair on these markets. Since this pair is traded in large volumes, it has tight bid-ask spreads. Fees and commissions charged for trading this pair are minimal due to its narrow spread. Like other major pairs, USDJPY is very liquid. Its high liquidity provides many trading opportunities for day traders. The pair is also very volatile. It has an average hourly pip movement of 31.6 pips and an average daily pip movement of 147.7 pips.

Like other currency pairs, USDJPY should be traded during periods of high volatility. The pair is usually very volatile during the New York session. Most day traders find it helpful to trade it during the London-New York overlap that occurs between 1300 and 11600 GMT. This window offers better profit potential and is characterized by high liquidity and low spreads.

A trader who’s familiar with the Japanese commodity market may find it helpful to add USDJPY to their checklist. This is because there is a high correlation between this pair and the Japanese commodity market. This pair has a negative correlation with EURUSD. In the event that USDJPY is on the rise, EURUSD should be on the decline, and vice versa. In case of a choppy market on the USDJPY, you can use a EURUSD chart to try and predict its movement.

News releases from the United States and Japan heavily influence this pair. Again, day traders can access these economic reports on the Forex Factory website.

Among the most traded currency pairs, the GBPUSD is ranked third. It accounts for 11% of the total transaction volume on the forex markets. This pair is very liquid and, thus, has low bid/ask spreads. It’s high liquidity facilitates the fast execution of market orders. Thus, day traders can get in and out of the markets quickly. Its increased liquidity also plays another significant role. It lowers the transaction costs for this pair. As a result, you can day trade the pair without paying hefty commissions or fees. GBPUSD is known for its high intraday volatility. The pair can move over 100 pips in a day. But, traders must be careful to apply risk management as this type of volatility also increases risk.

Since GBPUSD has high liquidity, its price action is relatively smooth. A smooth market allows traders to predict the pair’s movement without difficulty. Additionally, the pair is positively correlated with EURUSD. If GBPUSD doesn’t have a clear signal, one can use a EURUSD chart to try and predict what GBPUSD is more likely to do.

You can trade this pair using different types of strategies. The commonly used strategies include trend, momentum, reversal, and breakout setups. Economic reports from Great Britain and the United States have an impact on the movement of this pair. As such, day traders can conduct fundamental analysis to predict the pair’s movement. Similarly to EURUSD, the economic events in this pair are readily available on the internet.

London is the largest session in the forex markets. And GBPUSD is more volatile during this session. Day traders have a better chance of making a profit during the London open or during the London-New York overlap.

Next on our list is AUDUSD. It is the fourth most traded pair and accounts for 6% of all transactions on the forex markets. Like the other pairs listed above, AUDUSD is very liquid. It has low spreads compared to minor and cross-pairs. The Asian session is normally characterized by low volatility. But, AUDUSD tends to be volatile during this quiet session. The pair is also volatile during the New York session due to economic reports from the United States. It is one of the pairs that are volatile throughout all trading sessions.

Australia is the world’s fifth-largest exporter of gold. Thus, the Australian dollar has a positive correlation with gold. When gold prices rise, the value of AUD increases. A trader with insight into the commodity market can do well with this pair.

The Yen is the third most traded currency in the world followed by the Pound. These two currencies make up one of the most liquid and volatile currency pairs on the forex market. Its liquidity provides plenty of trading opportunities for day traders. Its average hourly pip movement is 56 pips while its average daily pip movement is 281.2 pips.

The London session opens one hour before the Asian session closes. Day traders can capitalize on the overlap since GBPJPY is very volatile during this hour. Economic reports from the Bank of England are released during the London session. Day traders can also look out for these reports as they provide greater potential for making profits. The GBPJPY is relatively easy to analyze. It respects technical analysis and works well with various strategies, including the carry trade strategy. The pair has a negative correlation with commodities such as gold. Again, a day trader with insight into the commodity market can predict this pair easily.

Final Thoughts on the best Currency Pairs for Day Trading

The most popular currency pairs for day trading are the major pairs such as EURUSD, GBPUSD, USDJPY, and AUDUSD. They are traded in large volumes and thus have low bid-ask spreads. The tight spreads offered by these pairs reduce the cost of trading for day traders. Major pairs are also very liquid and hence provide plenty of trading opportunities. High liquidity also results in stable markets that have smooth price action. The smoother the price action, the easier it is for day traders to predict price movement. The GBPJPY is also a suitable cross-pair for day trading. It is highly volatile, very liquid, and has a very high average daily pip movement.