Top 7 Crypto Trading Setups You Need To Know By Heart

The content is supplied by Ruslan Abdullin, on the behalf of True P&L – a public rating platform.

Developing a profitable trading strategy takes more than just following the guides. You have to learn by heart a specific configuration of charts called setups. Knowing them and being able to identify in charts always takes you a step forward to the majority of traders. Let’s discuss the top setups used by traders.

This setup is great for understanding that the trend change is coming. If you examine short-term moving average and find that it crosses its long-term moving average, you know the trend line movement has already changed. Most of the traders use golden or death crosses as trade signals, but it also can help you to see if you are on the right side of the market. This means that if you see an uptrend, you should look to make long trades only, while in a downtrend you better look to short only.

The classic setup for trading pullbacks as it occurs when a stock is in an uptrend. It looks like a flag as the setup is being formed when the stock retraces while going sideways after the price increase. It’s an easy-to-learn setup showing that a big rally has happened just a while ago. It’s a great sign of a follow-up rally, however, a bull flag might also be a bear trap, so one should not consider this without other bullish indicators.

Ever noticed how a current trending direction is followed by several similar tops and bottoms, making two horizontal lines parallel to each other? That’s the rectangle setup. It gives you a great selling/buying opportunity as it shows a price temporarily paused. The setup is easy to use even by the novice traders and makes an entry, stop, and limit levels easy to recognize.

If you observe several peaks, which occur in relation to the previous peaks, you observe the 1-2-3 pattern. It’s a time-proven tool that is used by traders worldwide, serving to determine the direction of a trend at an early stage. While usually it is used as a trend reversal signal, the 1-2-3 setup also indicates a momentum when the level is looking to potentially break, which comes in handy if you’re ready to make a breakout.

One of the finest trading signals, that is formed by nearly similar highs with the equal spaces between them. The setup shows that buyers/sellers are weak and unable to push the price further. The market sees that the traded asset is no longer rallying and that price change is on the way, which gives you a chance to be a part of a new trend from the very beginning.

This setup is known as one of the most trustworthy for indicating a trend change. It is formed by the shoulders with a higher head between them. The setup demonstrates the loss of faith in the current trend, which brings new entry opportunities. Observe the neckline, which is the level that the head and shoulders return to, this might give a hint on when and how to enter for more profits.

You can find many traders talk about price setups, but few know what power they give. They are very useful to understand the current situation of the market and make the right decision in time. Without knowing the trade setups, the process of trading is more of a casino game, with luck at prevalence.

The content was submitted by: Ruslan Abdullin, CEO of True P&L (True P&L is a public rating platform with a focus on copy trading and transparency traders statistics. Our service is created for cooperation between investors and traders in crypto space.) 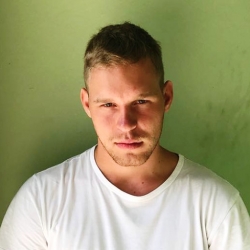 Ruslan Abdullin
CEO of at True P&L
True P&L is a public rating platform with a focus on copy trading and transparency traders statistics. Our service is created for cooperation between investors and traders in crypto space.