Cryptocurrencies are arguably the most volatile financial asset in the markets today in the markets today and are capable of wide variations in price. This may be great news to speculators on the right side of trades, but bad news for other categories of traders, especially those whose trading accounts are inadequately financed. These price movements can be very sudden and can even create problems for traders in a lot of ways. Imagine withdrawing your cryptocurrency from your trading account and a short while later, you find out its value has dropped by up to 30%! What a shocker.

Today, more than a dozen stablecoins exist and some have even been developed to receive backing from currencies other than the US Dollar. This guide will show you what stablecoins are, how they work, how they are traded and the stablecoin evolution within the cryptocurrency ecosystem. 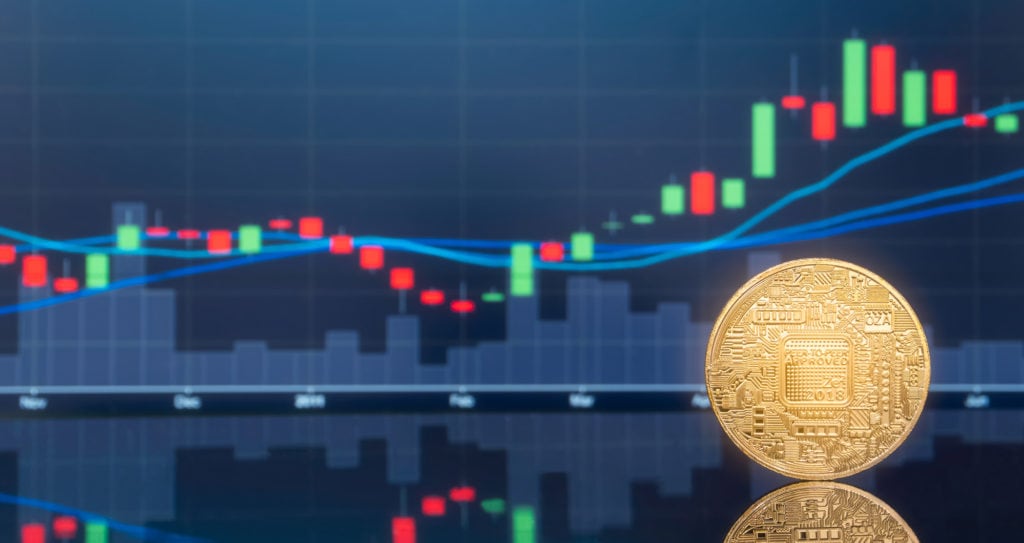 Stablecoins are blockchain-derived digital assets which have the inherent nature of having a more stable value than traditional cryptocurrencies. The price stability that is displayed by stablecoins is generally achieved via a peg, usually to a fiat currency or other asset that has a stable value such as a commodity that is traded on an exchange. In a few cases, we may see a stablecoin which may have its value pegged to other price stability mechanisms, although this is not as common as the former. Similarly to other types of cryptocurrencies, even stablecoins can be staked as offered by various cryptocurrency exchanges. This is just one of the features they share.

The essence for creating stablecoins were as follows:

A commonly used classification of stablecoins groups them according to the form of collateralization on which they depend. Therefore, we have the following categories:

Here is a description of the different types of stablecoins.

The fiat-backed stablecoins are usually collateralized with an equivalent amount of fiat currency so as to maintain a peg of 1:1. The most common example is Tether. Created by Tether Ltd, Tether is the most traded stablecoin and is pegged to the US Dollar, in a ratio that is supposed to be at parity (i.e. 1:1). However, an April 2019 announcement that it was only pegged to the US Dollar by 74% only (as opposed to 100%) caused great volatility that nearly threatened Tether’s status. Its market dominance has now been challenged by other USD-backed stablecoins such as the True USD (TUSD), Gemini Dollar (GUSD) and USD Coin (USDC).

The essence of a fiat-based stablecoin is for the coin issuers to only hold the number of coins that can be backed by their fiat currency holdings. In other words, if a company has access to $100 million, they should only produce 100 million units of their stablecoin. Printing more than the fiat reserves, or creating a peg that is not at parity creates the kind of problems Tether had earlier in 2019.

Lately, stablecoins that are pegged to other currencies have started to emerge. There are now stablecoins for the Canadian Dollar and the Swiss Franc. A German bank, Bankhaus von der Heydt, has also announced its plans to issue a stablecoin for the Euro.

Also known as asset-backed stablecoins, these are stablecoins that are pegged to commodities that are capable of storing value. For obvious reasons, the common examples here are gold-backed stablecoins. An example is the Digix Gold Token (DGX). CannDollar is a silver-backed stablecoin. According to an online news & education portal Invezz, DGX is pegged to one gram of gold and the backing gold is held in vaults located in Singapore. CannDollar’s backing silver is kept in the custody of the Royal Canadian Mint.

The advantage of these commodity-backed stablecoins is that they allow the holder to invest in the backing assets in a tokenized manner. This is because backing commodities can be traded as individual entities. Such a facility does not exist for fiat-backed tokens as they underlying fiat currencies have to be traded in pairs.

These are stablecoins which are backed by crypto assets. Crypto assets have a higher degree of volatility than currencies. This means that the required peg cannot be at parity. There must be more of the backing asset to collateralize the stablecoin in question, so the ratio is always fractionated. A stability fee is usually charged as a form of interest to defray the cost of maintaining these high levels of collateral. The best known example of a crypto-backed stablecoin is DAI (owned by MakerDAO).

These stablecoins typically are less stable than the other three types because there is no physical quantifiable asset on which their value depends. Trust is therefore an integral part of the equation. If an event occurs to shake this trust, the stablecoin project will be in trouble. A good example of a stablecoin project is SagaCoin.

As more and more stablecoins are launched, the question is this: will they come to be accepted as a means of exchange, or will they become another tool for speculative activity in the markets. However, they have a lot of trading potential as far as the cryptocurrency market is contained and will enable traders explore the world of crypto-stablecoin pairing.