News » Learn Everything There Is to Learn About Cryptocurrencies

Learn Everything There Is to Learn About Cryptocurrencies

The text has been provided by a Guest author

The word ‘cryptocurrency’ often appears in headlines of general news but there are a few people who are still not familiar with the word, let alone its concept. This article will attempt to help you learn everything there is to learn about cryptocurrencies including the terms associated with it and the other parts of the crypto industry.

Cryptocurrency is also known as ‘digital money’. It refers to stuff like Bitcoin, Litecoin, and XRP. It would be easier to explain the gist of cryptocurrency using Bitcoin as the prime example. It is credited as the first cryptocurrency and it has the most basic structure. The other currencies that followed attempt to improve the services offered by Bitcoin or repurpose its concept for other means.

Bitcoin is a kind of digital money that travels through a series of data clusters that are connected by a network. Those clusters of data are called blocks and the network is called a ‘blockchain’. If you searched for other currencies, you might think that Ripple is the name of the currency and XRP is its short version. The truth is that Ripple is the name of the blockchain while XRP is the currency that is native to its network. In the case of Bitcoin, its blockchain is simply called ‘blockchain’.

What is the Blockchain?

The blockchain, as mentioned, is a network that connects blocks so data can travel between them easily. The blocks serve as ledgers that keep track of the ownership of every data travelling the network, including assets such as cryptocurrencies. The main appeal of Bitcoin is that it is decentralized, meaning there is no bank or any institute that declares if a transaction is valid or who owns which asset.

These blocks are maintained and owned by crypto miners. When a person wants to send Bitcoin, then the miners will try to validate it by solving a complex mathematical problem. Whichever miner solves the problem earns several amounts of Bitcoins. This adds new Bitcoins in circulation. To avoid inflation, the blockchain’s math problems become more difficult depending on the total number of miners active in the network. 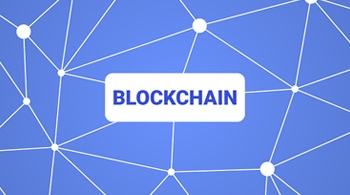 The blocks are stored in the computers of these miners. Their computer’s memory acts as servers while their CPU, GPU, and ASIC hardware serve as the processing power for the network.

What are Cryptocurrencies Used For?

Cryptocurrencies are used in a similar way as any nation’s paper money and coins. They are used to pay for goods and services. In other cases, they can also be used to donate to foundations or fund projects. The use of Bitcoin is limited, however. Not every store accepts Bitcoin or other digital money because the companies they have to pay for monthly dues do not accept them. It is the same as not being able to pay a store in Vietnam with Cambodian riel because the store needs Vietnamese dong to stay in business.

Do not confuse cryptocurrencies with crypto tokens. Ethereum is a blockchain that serves as a network for decentralized apps (dapps). Its local currency is a token called ETH or Ethos. This can be used for payment but they are mostly used to support dapps or complete smart contracts that are made in the network.

How Is the Value of Cryptocurrency Measured?

The industry of crypto is very similar to the real-world economy, thus, it is affected by the laws of supply and demand. If people are asking for it but the circulation is low, then the value rises. If there is a large number of exchange offers in the crypto market, then the value drops.

The price of Bitcoin is considered the most unscalable coin in the industry. Some blockchains, like Ripple, were developed to solve this by limiting the number of coins in circulation.

Will I Profit From Investing in Cryptocurrency Now?

It is impossible to answer this. It is also impossible for experts to determine if the value of a coin will rise or drop with 100% accuracy. Just like with stocks and properties, investing in crypto is a gamble. This is why the idea of trading is more popular. Buy some coins when the value is low then sell them when it is high.

If you are aiming to be a miner, then you need to look into basics on how to build a mining farm. You also have a ‘Bitcoin mining profitability calculator’ to help determine if you can afford it. It is free to use online so be sure to check it.