News » Is Bitcoin a good safe haven during a recession?

Is Bitcoin a good safe haven during a recession?

Rumours have been floating around the internet that the world is headed for yet another economic recession similar to the one that occurred in 2008, but nothing has been confirmed yet. The yield curve in the United States is starting to show signs of a looming recession, but not to a point where speculators can base their trading decisions on it.

Therefore, it’s like floating in a limbo of uncertainty at this point as investors start to search for safe-haven investments wherever they can find one, but to no avail. Any type of investment during a recession has proven to be redundant, as there is nowhere to hide. People who lost the least in 2008 were the ones that sold all of their assets in time and kept it all in cold hard cash or invested in gold. But will gold become a safe haven for investors again? Or will this position be assigned to digital gold aka Bitcoin? Well, not really.

Bitcoin will most likely fail during the recession as well

Currently, the only people who believe in Bitcoin’s ability to remain stable or even gain during an economic recession are the crypto enthusiasts themselves. Therefore, they’re not “influential” enough to drive the market based on just predictions, especially on the largest cryptocurrency that currently has billions in market capitalization. The consolidation of Bitcoin is dependant on stock market investors fleeing over to cryptocurrencies, which is unlikely to be the case. Most of the stock investors or stock options traders are going to try and liquidate most of their assets and keep it all in cold hard cash, either invested somewhere in a bank just to keep it floating above the inflation rate or just investing it in a lending pool on a peer to peer platform. 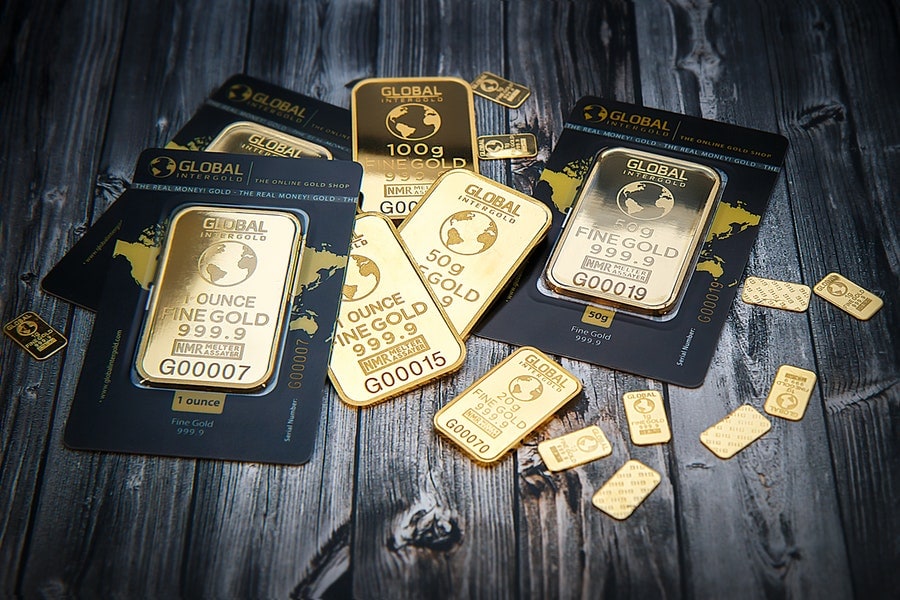 Gold is also unlikely to become a safe haven again, simply because there’s Bitcoin available now. Although it’s been having a positive yield curve so far in 2019, it now has to face actual competition in the digital world, furthermore, developing nations are unlikely to pay attention to it. Why? Because it’s relatively expensive. The economic recession is bound to impact several small country currency exchange rates, therefore rendering them much weaker on a global market.

Considering the fact that gold investments come with a lot of costs, such as storage and transportation, it’s quite likely that very few developing nations will be able to support the price of gold alongside big players. For example, even before the recession, several developing nations don’t even leverage their financial stability on gold, meaning they don’t engage in it regardless of the situations. For example, gold trading in Georgia or other post-soviet nations is virtually non-existent, rendering these countries vulnerable to a massive economic slump, which can only be maintained through a consolidation of the national currency.

What could happen to BTC during a recession

Several experts have commented that all of the hype that is being generated by bulls in the market is going to boil down very soon once we start slowly entering a recession. This is most likely going to cause an initial spike before the recession much like stocks experience a quick uptick before a long downfall. But BTC is going to decrease gradually without fast jumps below support levels. This is the worst-case scenario though, multiple experts have also added that a flatlining Bitcoin is the most likely outcome. The refusal to sell the coin from anxious investors and the fear to buy the coin from even more anxious stock investors is going to keep the price frozen for a while before most of the attention is diverted towards fixing the global economy.

Remember, we can’t really drive experience or knowledge from the 2008 economic crisis at this point for Bitcoin, because it simply didn’t exist at that point. In a sense, it can be said that Satoshi created BTC in order to prevent 2008 from ever happening again, but one single asset can’t be that strong. The most BTC can do is remain frozen in price, at which point it could actually act as a safe haven. Sure, no serious profits will be generated during the recession, but at least no major losses will be incurred by those that managed to exit the stock market on time either.

When will the recession happen?

It’s very hard to predict such a major even occurring, simply because it depends on so many predominant factors. Economic situations of financial hubs all over the world will need to go south almost simultaneously. Is it actually possible? Yes, it’s quite possible when we look at it in retrospect. One of the most developed economies is struggling to keep its population healthy, well-fed and employed at this point. The United States is facing economic issues it hasn’t faced since the great depression in terms of populace poverty.

Consumer spending keeps on going down because of the insane amounts of debt the populace incurs on themselves. Things like student loans, health insurance payments, mortgages or rents, increasing food prices keep on pressuring a “free-spending environment”. But despite all of this, several companies are managing to grow somehow. Soon enough, consumer spending will not be able to catch up to the large companies’ goals and therefore start forming a bubble. And we all know what happens to bubbles, no matter how big they can withstand getting, they either deflate very fast or pop completely.